In situations where the structure is of utmost importance, it is best to use a structure only Screen so that the façade works, which are usually completed at a slower pace, can occur later.

The challenge that using structure only Screens presents is that sometimes façade works cannot be completed behind a handrail, and they might need a full height protection method to allow the conduction of works in a safe environment.

Where this is the case, two separate sets of Screens can be used that both wrap around the perimeter of the project.

The first set of Screens is for structure only, which accelerates the structure leaving behind a handrail for edge protection.

The second set of Screens are then erected below the first set using the same cast-in holding down bolts to connect to the structure. The sole purpose of the second set of Screens, known as Trailing Screens, is to act as edge protection for the façade contractors to build the façade and nothing more. These Trailing Screens will climb level by level as façade works are completed and have the benefit of not having to match the speed of the formwork cycle for the structure. 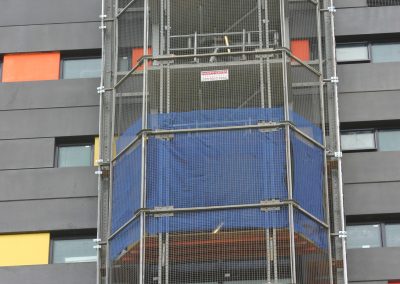 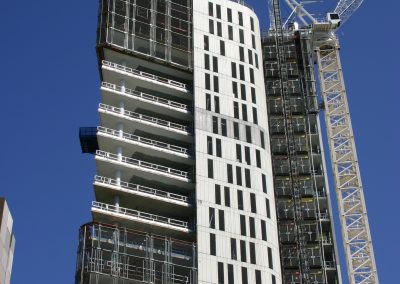 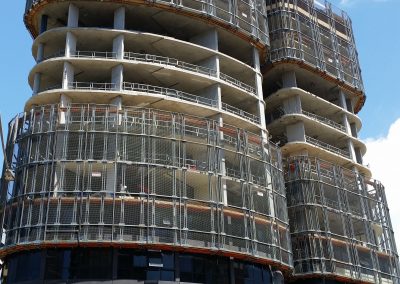 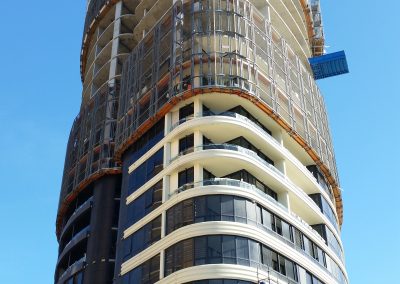 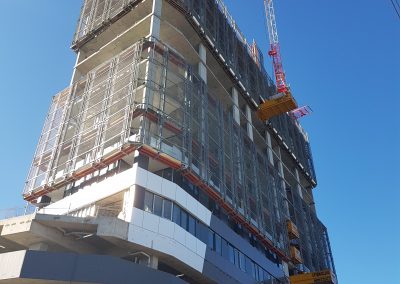 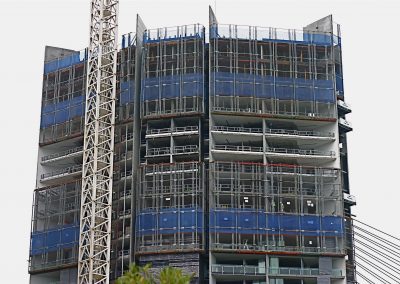